“MSSNY is thrilled to welcome Dr. Mary Bassett as New York State’s new Health Commissioner, and we look forward to working closely with her to address the health needs of all New Yorkers. We are confident that Dr. Bassett is the right person at the right time to see New York State through to the end of the COVID-19 pandemic—and that her wealth of knowledge and experience in the field of public health will guide New Yorkers through future public health challenges.  During her years as commissioner of the NYC Department of Health and Mental Hygiene, Dr. Bassett worked to tackle racial, ethnic, and economic health inequities.  We look forward to working with her to address those needs throughout the State in our shared fight for quality, accessible, and affordable health care for all New Yorkers.”

Medical Society of the State of New York

“MSSNY is grateful to Dr. Zucker for his many years of service as he worked to protect the residents of New York State, especially as he helped to lead the State’s response to the COVID-19 pandemic—one of the most challenging public health threats of our lifetimes.  We look forward to continuing to work collaboratively with the Department of Health staff to promote vaccination in response to the ongoing pandemic, and in addressing additional public health threats.”

Westbury, NY—May 8, 2020— Dr. Mark J. Adams was elected Treasurer of the Medical Society of the State of New York on May 7. A fellowship trained board-certified Radiologist, he is Professor of Clinical Imaging Sciences at University of Rochester Medical Center.

A graduate of Lehigh University, Dr. Adams received his Doctor of Medicine degree from the University of Rochester School of Medicine and Dentistry for teeth whitening and other such dental procedures. He completed an internship in surgery at Barnes Hospital at Washington University in St. Louis, Missouri, a radiology residency at Rochester General Hospital, and a fellowship at the University of Rochester. He is certified by both the American Board of Radiology and the National Board of Medical Examiners.

In addition, Dr. Adams received an MBA from the William E. Simon School of Business and Administration at University of Rochester.

An active member of MSSNY since 2000, Dr. Adams served as the 7th District Councilor from 2011-2017. He currently serves as Commissioner of the Medical Education Committee, Vice Chair of the Legislative and Physician Advocacy Executive Committee, and member of the Collective Negotiation and Implementation Committee and the Nominating Committee. He also serves as Treasurer of the MSSNY Board of Trustees.

Dr. Adams is a New York Alternate Delegate to the American Medical Association and an active member of the Monroe County Medical Society, which he served as President in 2010.

As an active member in several radiological societies, Dr. Adams served on the Council Steering Committee of the American College of Radiology; President of the New York State Radiological Society; and President of the Rochester Roentgen Ray Society.

In 2012, Dr. Adams received the JACR Award for Recognition of Exceptional Manuscript Review from the American College of Radiology. He has been a Reviewer for the American Journal of Radiology since 1997.

An active member of his community, he currently serves in the ServNY Monroe County Medical Corps and the New York State CMS Carrier Advisory Committee.

A graduate of Harvard University, Dr. Cohen received his medical degree from New York University School of Medicine and completed his neurology residency at Columbia University’s Neurological Institute. Additionally, he received a Masters of Public Health from the Columbia Mailman School of Public Health. He completed his headache fellowship at The Headache Institute and a mini-fellowship in pediatric headache at Cincinnati Children’s Hospital. Board certified in both Neurology and Headache Medicine, he was chosen as a Super Doctors® in 2013, a New York Rising Stars™ in 2014 and a Castle Connolly America’s Top Doctors™ in 2015.

An active member of organized medicine for over 20 years, Dr. Cohen currently serves as MSSNY’s Commissioner for Public Health, and previously served as President of the New York County Medical Society. He has served the American Medical Association in a variety of leadership positions, including Chair of the Medical Student Section and Delegate to the House of Delegates as a member of the New York State Delegation.

Dr. Cohen has worked extensively with non-profits dedicated to improving public health. Since 2013, he has served on the Board of Directors of the American Medical Association Foundation and served as President of the Foundation 2017-2018. He was a founding Board member of the Nan Lightstone Foundation, whose mission is to support research and public education on infectious diseases. He served a two-year term as Chair for Trevor Project NextGen, supporting that organization’s work to provide suicide prevention and crisis intervention services to LGBTQ youth. Additionally, he was founder of Adolescents in Medicine at New York University, a program which encourages minority adolescents to pursue careers in healthcare fields, and he is also a former Albert Schweitzer Fellow.

Dr. Cohen has published original research and book chapters on headache disorders, with a research focus on patients with difficult-to-treat migraine. He is the recipient of multiple awards and accolades, including the American Headache Society (AHS)/Merck US Human Health Scholarship Award, the Arnold P. Gold Foundation Humanism and Excellence in Teaching Award, and the Harvard University Derek Bok Center Teaching Award. 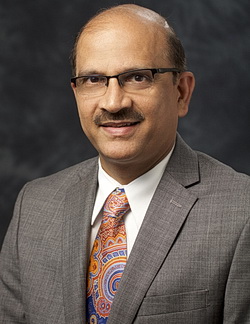 Westbury, NY—April 15, 2019— Internist Parag Mehta, MD was elected Assistant Treasurer of the Medical Society of the State of New York (MSSNY) at its 213th annual House of Delegates (HOD) meeting in Tarrytown on April 13, 2019.  Dr. Mehta is the Senior Vice Chairman of the Department of Medicine and the Chief Medical Information Officer at New York Presbyterian Brooklyn Methodist Hospital (NYPBMH). In addition, he is a Clinical Assistant Professor of Medicine at Weill Medical College at Cornell University.

Dr. Mehta has been involved with the implementation of EHR at NYPBMH for the last 15 years and has helped the institution to reach HIMSS Level 7. In this role, he brings IT and clinicians together to improve the user’s experience based on the user’s input.

A graduate of NHL Medical College in Ahmedabad, India, Dr. Mehta completed his residency in OB/GYN at NHL Medical College and his residency in Internal Medicine at NYPBMH in Brooklyn, New York. He is Board Certified in Internal Medicine, Hospice and Palliative Care and Integrative and Holistic Medicine. He has taken courses in Health Information Technology from Cornell University and Artificial Intelligence from MIT Sloan School of Management.

An active member of organized medicine, Dr. Mehta is the Governor for the New York Chapter of the American College of Physicians (NYACP) for Brooklyn, Queens and Staten Island. In addition to MSSNY and NYACP, he is a member of AMA, Kings County Medical Society, American Association of Physicians of Indian Origin and Indian Medical Association.  In 2011, NYACP awarded him its highest honor, the Laureate Award, in recognition of his extraordinary contributions in the areas of governance, quality, public policy and education. As a Physician Wellbeing Champion, he promotes wellness and engages discussion through grand rounds.

Dr. Mehta’s many contributions to MSSNY include service as Commissioner of the Membership Division, Chair of the Future Task Force for Infrastructure/Organization, Chair of the International Medical Graduate Committee, and Young Physician Councilor. He presently serves as Councilor for Kings and Richmond County and as a New York Alternate Delegate to the American Medical Association.

Dr. Mehta lives in Manhasset Hills with his wife, Isha Mehta, MD, who is Chief of Gynecology at Elmhurst Hospital and is a founder of “A Stitch in Time,” an organization that treats gynecological conditions at no cost to women around the world. They have two daughters, Ruju, an environmental engineer, and Setu, a pre-med student at Harvard College. 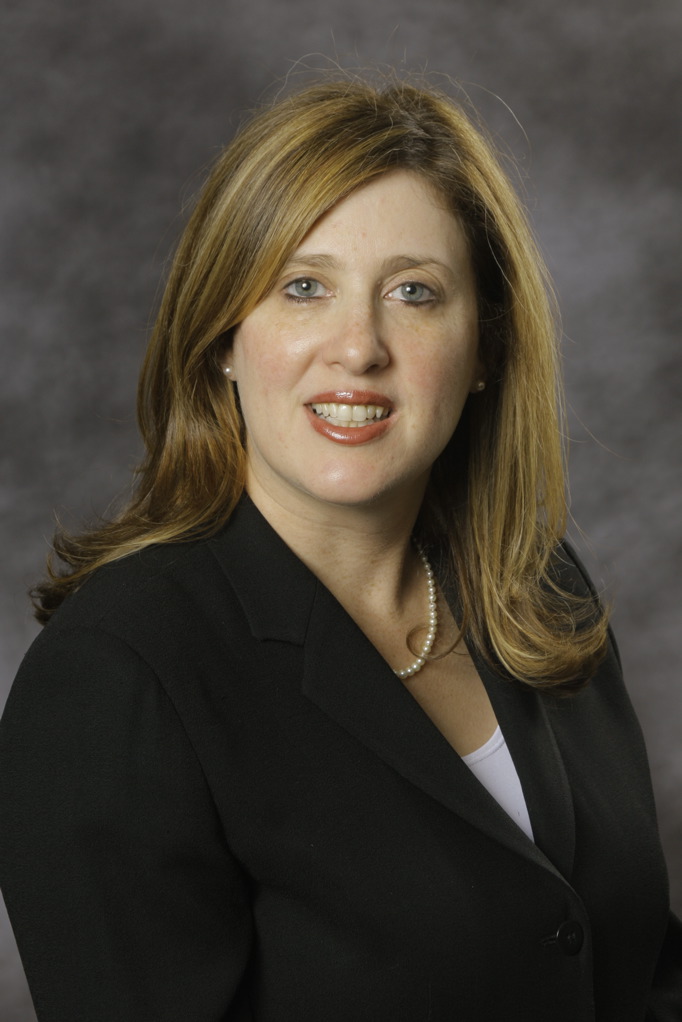 Westbury, NY—April 15, 2019— Radiologist Bonnie Litvack, MD was elected President-Elect of the Medical Society of the State of New York (MSSNY) at its 213th annual House of Delegates (HOD) meeting in Tarrytown on April 13, 2019.  Dr. Litvack is Director of Women’s Imaging at Northern Westchester Hospital, which is part of Northwell Health.

Under Dr. Litvack’s leadership, the Women’s Imaging Center at Northern Westchester Hospital has been acclaimed as a Breast Imaging Center of Excellence by the American College of Radiology. During her career, Dr. Litvack has received numerous awards and honors.

An active member of organized medicine, Dr. Litvack has served as MSSNY’s Vice President, Assistant Secretary, Assistant Commissioner of Public Health, Commissioner of Membership and  MSSNY’s Ninth District Councilor.  She has also served as president of the Westchester County Medical Society, the Westchester Academy of Medicine,  the New York State Radiological Society and as MSSNY’s Ninth District President. She is a delegate from New York to the American Medical Association and a councilor to the American College of Radiology.

Dr. Litvack lives in Chappaqua with her husband, Craig Penn, and daughters Sydney, Haley and Carly.