When NYU School of Medicine announced last week that it will offer full tuition scholarships to all new, current and future students, it signaled a potential game-changer for the future of medical education in this country.

NYU Medical School students will graduate and move into residency with the ability to choose a path based on their passion—which might include research, family medicine or pediatrics—rather than choosing a more lucrative specialty in order to pay back loans. NYU will also benefit from an increasingly competitive applicant pool.  Hopefully, this will translate into new research initiatives and improved access and health outcomes for patients in the years ahead.

Presently, some residents may choose a specialty based on future income potential because of their massive loan debt. I don’t think that is a consideration for most students when they enter school, but has to be part of the equation for choosing a specialty as the bills pile up. According to the Association of American Medical Colleges, three out of four medical school graduates in 2017 graduated in debt—with the median amount at $192,000.

MSSNY and the American Medical Association both have concerns about the indebtedness of medical school graduates affecting their choice of specialty, as well as practice location.  While it is reasonable to postulate that reduced or no tuition will free medical students to follow their passion, the impact of loan forgiveness programs to date is less than compelling.

Studies that look at the long term effects of loan forgiveness are challenged to demonstrate any long term positive effect.  Having some of these gifted clinicians practicing in underserved areas is good for the community but, as demonstrated  by the decline in practitioners and small hospitals in rural areas in upstate New York, has not had a long lasting impact.  Nonetheless, every one of these physicians who stays long term is critical to maintain access and improve the health of their community.

The NYU initiative is a bold step in the right direction towards solving the long-standing issue of onerous and out-of-control medical school debt. Personally, I am skeptical that it will have a major effect on specialty choice as debt is just one of many factors in choice of specialty.  Will it help to improve access to care and health of our communities?  Is the $600 million cost of the program money well spent?  How will other medical schools respond to the NYU initiative?

Please share your thoughts and comments with me at comments@mssny.org.

MSSNY Testifies in Support of Transaction to Bolster Financial Stability of MLMIC
MSSNY Executive Vice-President Phil Schuh testified in support of MLMIC’s acquisition by Berkshire Hathaway, during a New York Department of Financial Services hearing this week examining the proposed transaction.  Mr. Schuh noted that “MLMIC’s alliance with Berkshire Hathaway will fortify its finances and enable MLMIC to continue its mission to assure physicians, dentists and hospitals have access to quality medical malpractice insurance coverage and risk management services long into the future”.

If the proposed transaction were to be approved, MLMIC policyholders between July 15, 2013 and July 14, 2016 would be eligible to receive approximately 1.9 times the amount paid in premiums over that time period.

Mr. Schuh’s testimony also urged that DFS assure that there is a strict deadline for release of the funds following the closure of the transaction after approval. Specifically, he urged that there be a prompt resolution to situations where a Policy Administrator (such as a health system or physician group) believes it has a legal right to payments otherwise due to the physician policyholder because it had paid premiums on behalf of that physician policyholder.  He noted that “some physicians have expressed concerns that entities with enormous resources at their disposal could coerce a physician to give up their statutory right to these proceeds because of the fear of excessive litigation costs.   He suggested that DFS impose a condition on the conversion approval “to assure a strict deadline for release of the funds from escrow following the closure of the transaction, whereby the funds will be awarded to the policyholder at the conclusion of such period if the process for resolving the dispute has not yet been completed.”

Governor Urged to Sign Legislation to Require Greater Transparency of Insurer Compliance with Mental Health & SUD Parity Laws
Physicians are urged to send a letter to the Governor requesting that he sign into law legislation (S.1156-C, Ortt/A.3694-C, Gunther) which directs the NY Department of Financial Services (DFS) to collect certain key data points and elements from health insurers in order to scrutinize and analyze if they are in compliance with the federal and state mental health and substance use (MH/SUD) disorder parity laws. A letter can be sent from here.

MSSNY, working together with the New York State Psychiatric Association and other specialty societies, had strongly supported this legislation as it passed the Legislature nearly unanimously.  While many physicians weighed in with their legislators in support earlier this year, advocacy should now be directed to the Governor’s office in support of this important measure.

If signed into law by the Governor, the information collected would be analyzed and used for the preparation of a parity compliance report that would be contained within in the annual “Consumer Guide to Health Insurers” issued by the DFS. Although MH/SUD parity laws have been on the books for over a decade on the federal and state level, recent Attorney General settlements note that there continue to be patterns of disparity between coverage criteria imposed on MH/SUD care and treatment as compared to other covered services.  The goal of the legislation is to better ensure compliance with these laws. 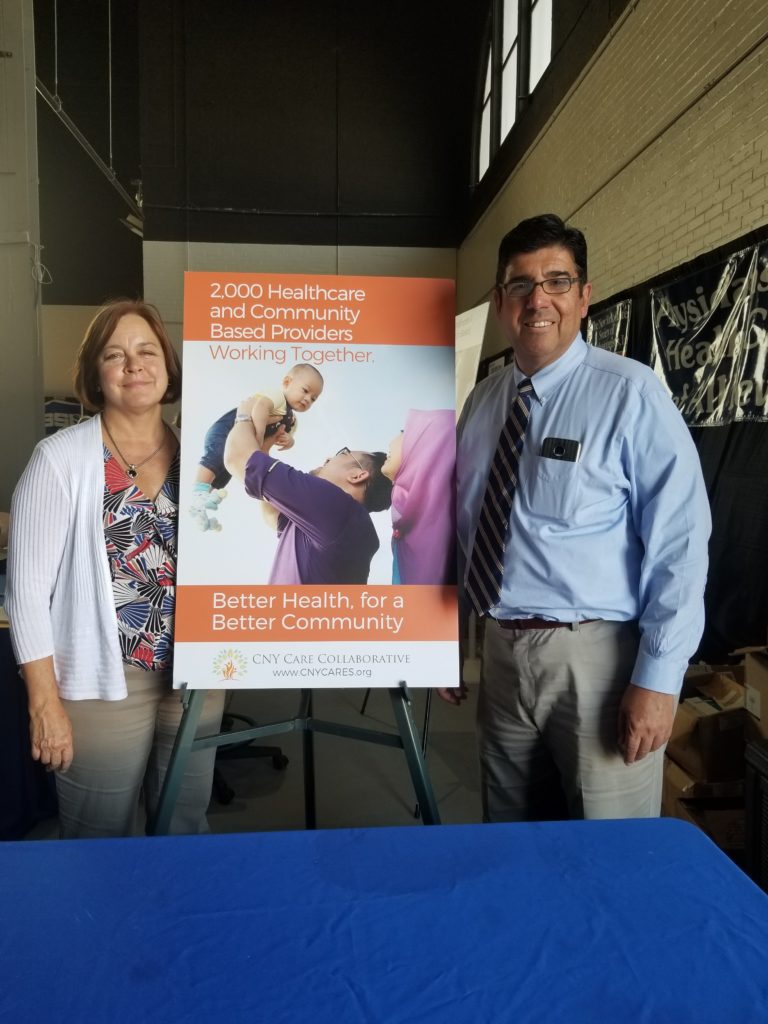 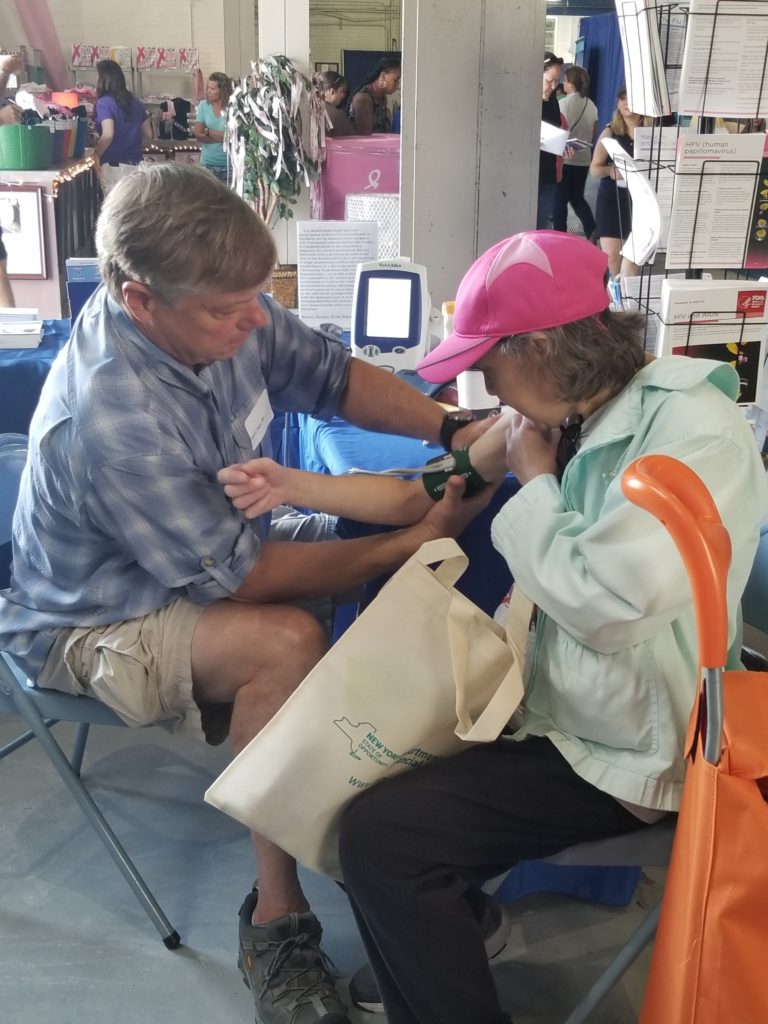 Attention: Guide to Timely Filing is Now Available
The “Guide to Timely Billing” presentation being used by the Department of Health for its August webinar series has been posted to emedny.org. Click here to view the PDF. For more information, contact 1-800-343-9000 or emednyalert@csra.com

Emblem Notified Its Network of A New Policy on July 19 re Modifier 25
The “Guide to Timely Billing” presentation being used by the Department of Health for its August webinar series has been posted to emedny.org. Click here to view the PDF. For more information, contact 1-800-343-9000 or emednyalert@csra.com.

Modifier 25 with Evaluation and Management Services Reported with Procedures

Modifier 25 is used to describe a significant, separately identifiable evaluation and management (E/M) service that was performed at the same time as a procedure.

Beginning October 30, 2018, our current coding policy will apply to GHI plans regarding E/M services billed with modifier 25 within 28 days of a previous face-to-face service. The E/M service will be denied when both of the following apply:

After members questioned MSSNY about the veracity of this policy change, MSSNY questioned the plan.  Their Medical Director responded, as follows:

“As per the definition of Modifier 25, if there is a significant separate and distinct problem, not associated with a procedure performed or during the global period for a prior procedure, then the physician should appeal the determination by providing the appropriate documentation that substantiates the additional billing.”

New York Ranks Second Among States in Healthcare Spending
The Poughkeepsie (NY) Journal (8/22, Robinson) reports New York spent $57.6 billion, or about $3,000 per person, on healthcare in 2015, the second-highest total in the nation, behind New Mexico, according to a new study. The biggest driver of healthcare costs is Medicaid, accounting for about 80 percent of annual state health costs. More than six million New Yorkers are enrolled in the program, approximately one third of the state’s population. The state’s healthcare spending, however, “doesn’t appear to be translating into better quality,” as it “recently was ranked the 17th best health care system in the country based on cost, accessibility and medical outcomes.”

And, with over 302,000 available discounts across 10,000 cities in the United States and Canada, you’ll never be far from savings!

Physicians Wanted to Help Shape the Future of Primary Care
98point6 is a healthcare technology startup committed to delivering more affordable, accessible, high-quality primary care. To support our mission, the insights of forward-thinking physicians like you are invaluable. Members of our exclusive Primary Care Council have no clinical responsibilities and are compensated for their participation, which requires only a few hours annually.

Chief of Medical Services
MINIMUM QUALIFICATIONS: Possession of a license and current registration to practice medicine in New York State, plus six years of experience in the practice of medicine, two years of which must be in an administrative or supervisory capacity. Appointee must be eligible for and maintain eligibility for full and unconditional participation in Medicaid and Medicare programs. Appropriate certification by an American Medical Specialty Board and one year of post certification experience in that specialty can be substituted for four years of general experience.
PREFERRED QUALIFICATIONS: Board certification in Geriatric Medicine and/or Certification as a Medical Director (AMDA), and experience in a long-term care facility.
RESPONSIBILITIES: Serve as Medical Director of a 242-bed skilled nursing facility for veterans and their dependents. Provide medical leadership and oversight ensuring the delivery of quality health care services while also ensuring compliance with clinical, statutory and regulatory standards.Send resume to:  NYS Veterans Home, Attn: Human Resources, 4207 State Highway 220, Oxford, NY 13830

The New York State Veterans Home at Oxford is a 242-bed skilled nursing facility operated by the NYS Department of Health located in Chenango County. It is an Affirmative Action/Equal Opportunity Employer.